Olivia: Hopelessly Devoted to You, was one of the most highly anticipated Television Events on Australian TV for 2018. And Sizzle Video was invite by the Seven Network to create Promotional Video Campaigns and Trailers to help launch and promote it!

Olivia: Hopelessly Devoted to You, is an epic production staring Delta Goodrem, produced by Freemantle Media, and the Seven Network, telling the life of Olivia Newton John.

March 2018, Sizzle Videos Creative Director, Rowan Matheson was proud to have been asked to produce the Drama Launch Campaign Promos, that would run along side to the campaigns created by the Seven Network. Over a 2 month period Sizzle Video Produced Promos and Trailers from beginning to end for the TV Event.

OLIVIA NEWTON-JOHN: HOPELESSLY DEVOTED TO YOU

Over five decades, she’s been the one that we want. The hugely popular Australian singer Olivia Newton-John is the subject of this moving drama about her brilliant career.

The two-part series charts the astonishing personal life of Australia’s sweetheart. Aged just 15, Newton-John won a local tv talent contest which propelled her to London on her first recording contract. She went on to become her country’s most successful singer, selling an astounding 100 million albums internationally.

She became loved the world over in the role of the innocent Sandy in the 1978 global smash-hit movie, Grease. She was a major part of one of the best-selling soundtracks in movie history. Then in 1992 the singer bravely announced that she had been diagnosed with breast cancer. After her recovery, Newton-John become an inspiring advocate for further research into breast cancer and helped set up The Olivia Newton-John Cancer Wellness Centre in Melbourne.

This highly affecting drama underscores that above all else Newton-John is not only a fighter and survivor, but a tireless campaigner who continues to give back and make a difference. By the end, viewers of this absorbing life-story will doubtless be “Hopelessly Devoted to Olivia”.

PRESS ARTICLES ON THE PRODUCTION

CORPORATE VIDEO SHOOT - BEHIND THE SCENES of EXTREME DIGITAL VENTURES

RECRUITMENT VIDEO SHOOT - BEHIND THE SCENES of CATHOLIC CARE

CORPORATE VIDEO SHOOT - BEHIND THE SCENES of EXTREME DIGITAL VENTURES 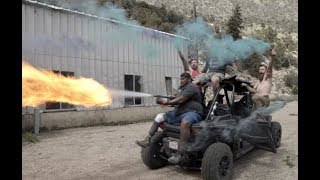 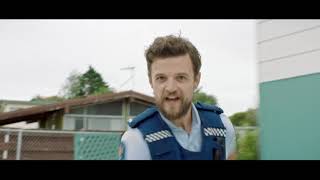